Visions and Vistas: Cornish Saints in the Landscape

This series of works on paper, using collage, oil crayons and oil paint, depicts the lives of 24 Cornish saints. Between primarily the 4th to 6th centuries, these men and women left Wales and Ireland and migrated southwards to convert the pagan population of Cornwall to Christianity. Many were sainted via the route of martyrdom, and others by virtue of their pious deeds. Wandering the dramatic coastal paths and inland, they left their names to scores of villages, hamlets, churches and wells, and contributed to the shaping of Cornwall’s landscape and history.

Works were exhibited at Truro Cathedral in August 2015 will be on show in an exhibition at All Saints Church, Marazion in July, 2016. 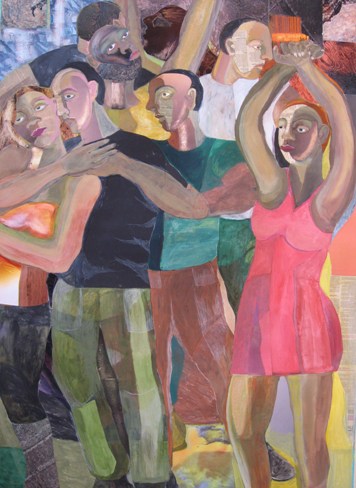